Over the previous few days property owners throughout Brooklyn, Queens, Manhattan and the Bronx have been experiencing extremely cold weather conditions which have impacted people in different ways. One common issue has been either frozen or broken water lines. Most homeowners are not prepared and tend not to take a proactive stance as these conditions arise.

Earlier today we received a call from a customer in Brooklyn who had no water in the house. They recalled using the water before going to sleep the night prior, woke up to take a shower and continued to scratch their head trying to figure things out. They called a local plumber who determined that their old lead water main had frozen.

It turns out that the water main exited the house through an old crawl space that had been closed off by the previous owner. The only issue was that they did not insulate properly which most likely led to the frozen pipe. 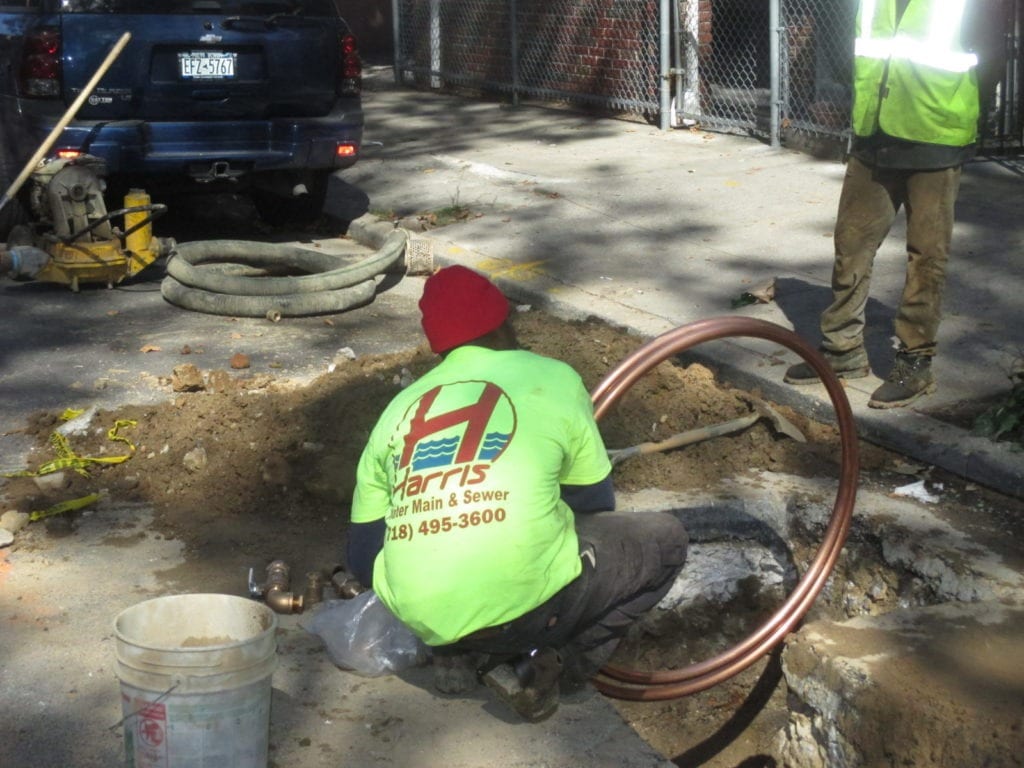 These days you don’t need to look very far to find a good reason to replace to your lead water service. Health risk aside, it also turns out that your old lead water service pipe is also more prone to freezing and breaking than the safer and and more resilient “K” grade copper in use today. On average, the age of one of the many lead water service pipes still in use in NYC today are roughly 65-70 years old. Some pipes came even be upwards of 100 years old. Unbeknownst to many owners, most houses in the 5 boroughs still have the original water service pipe that was installed when the house was built which means that there is a very good chance that the pipe bringing water into your home is made of lead.

What Causes Lead Pipes to Burst

Once water begins to freeze in your pipes it will slowly start to expand and this expansion will put pressure on the soft walls of leads pipes causing it to burs.. This is a real danger if your main supply pipe tends to freeze in winter, as often is the case in the North East. The past few winters in New York have brought us some very volatile and extreme weather and we’ve seen a steady increase of broken water service pipes year after year. A leaking water service pipe can spill out over 2,000 gallons of water a day. That’s a lot of water to clean up.

Older, lead pipework can be more susceptible to this kind of damage, particularly if the pipes have deteriorated over time.  Your water system deals with a great deal of use on a daily basis when you think of how you take it for granted. This kind of pressure on your water supply exposes faults in the system, which, if left untreated, can lead to serious disruption and even damage your property