Last Saturday we received a call from a homeowner on 237 St. in Rosedale Queens. The homeowner stated that there was a water leak in the street and was advised by DEP that they were required to have it resolved within 3 days. 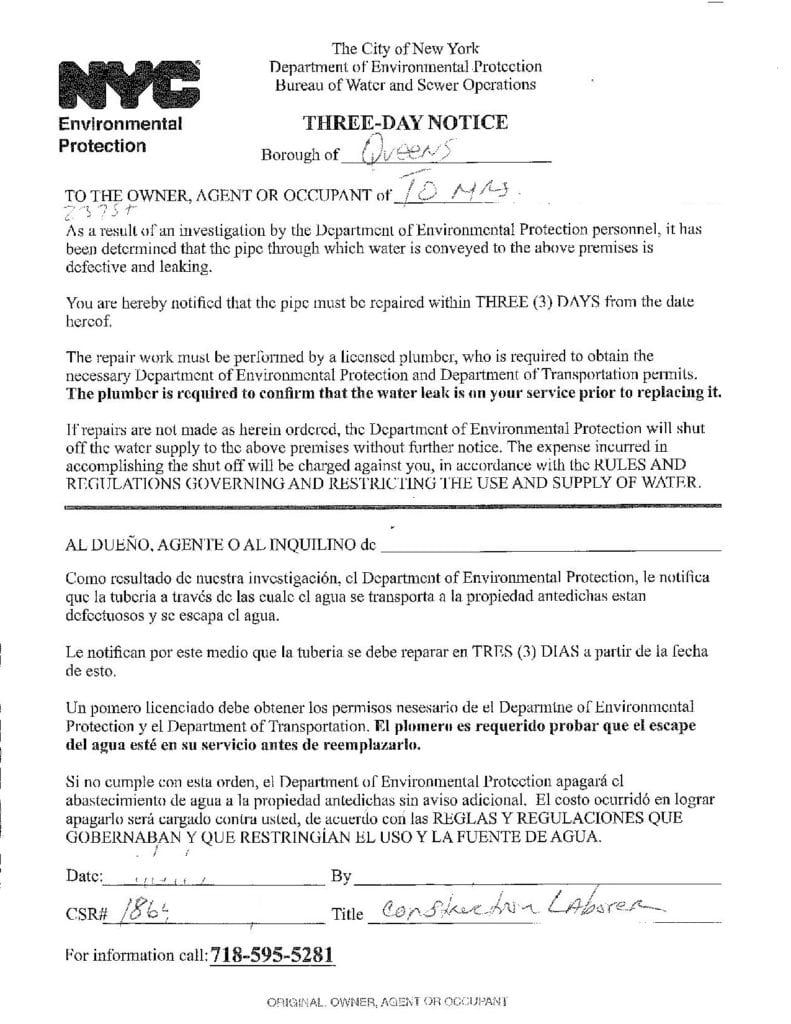 An estimator from Harris arrived on site within two hours when we first came aware that the site conditions were much more severe than the average water main leak. The entire roadway had started to collapse in the form of a large sinkhole. 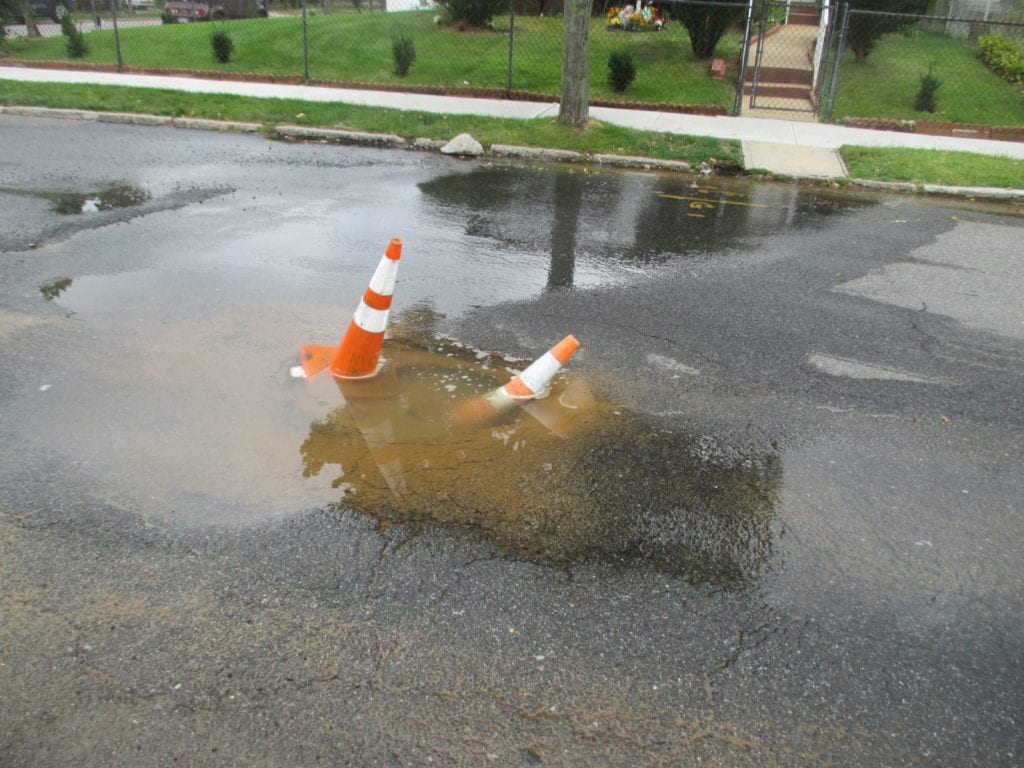 Due to the severity of the broken water main leak, the homeowner had to make a quick decision to avoid any additional damage to the roadway as well as the surrounding neighbors and cars.

As for most homeowners, this was completely unexpected and the homeowner was not prepared to spend thousands of dollars out of nowhere.  For this reason he decided to get another quote to find out that the price issued by Harris was very fair and now had to hire on an emergency basis.

Harris began working the very next business day and began by excavating the roadway while setting up a pump to “beat the water”.

Once the water was turned off at the city main, the old pipe was disconnected and the field crew began making tunnels for the new copper pipe to be installed. 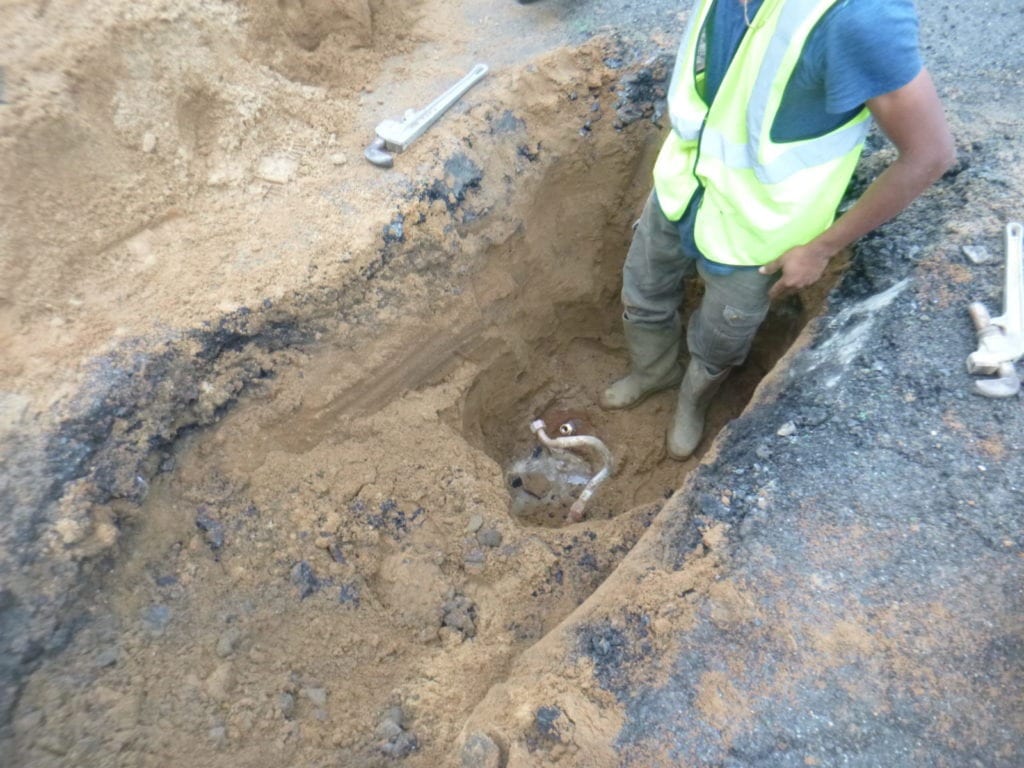 Now that the new copper pipe was installed through the property tunnels. 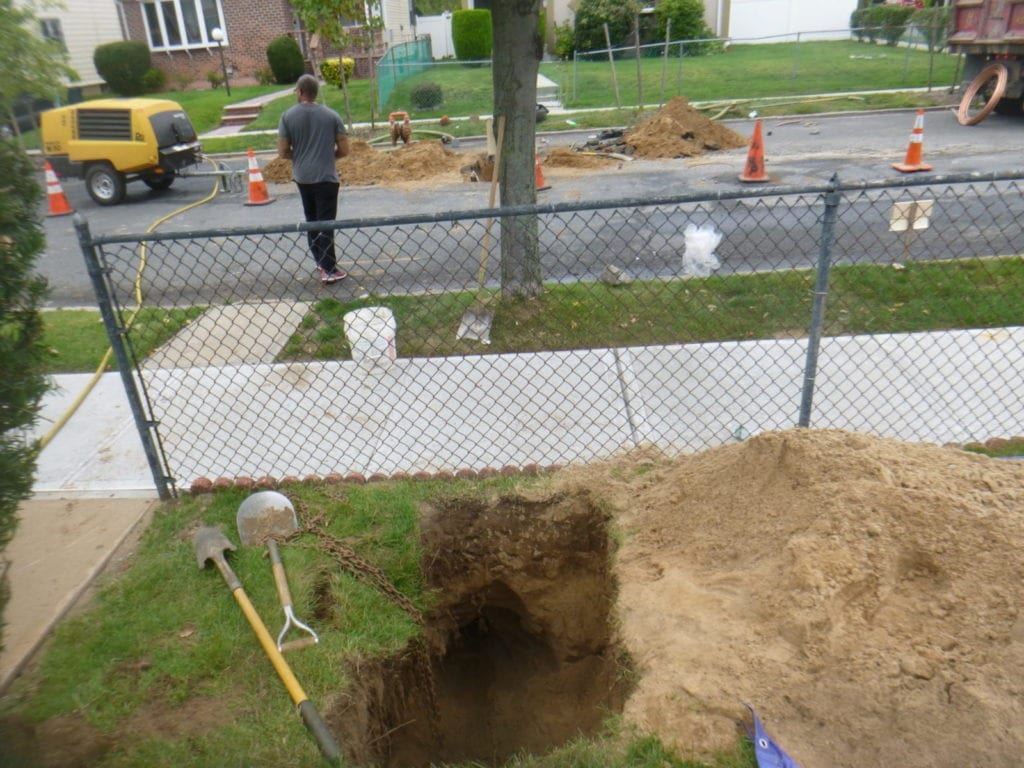 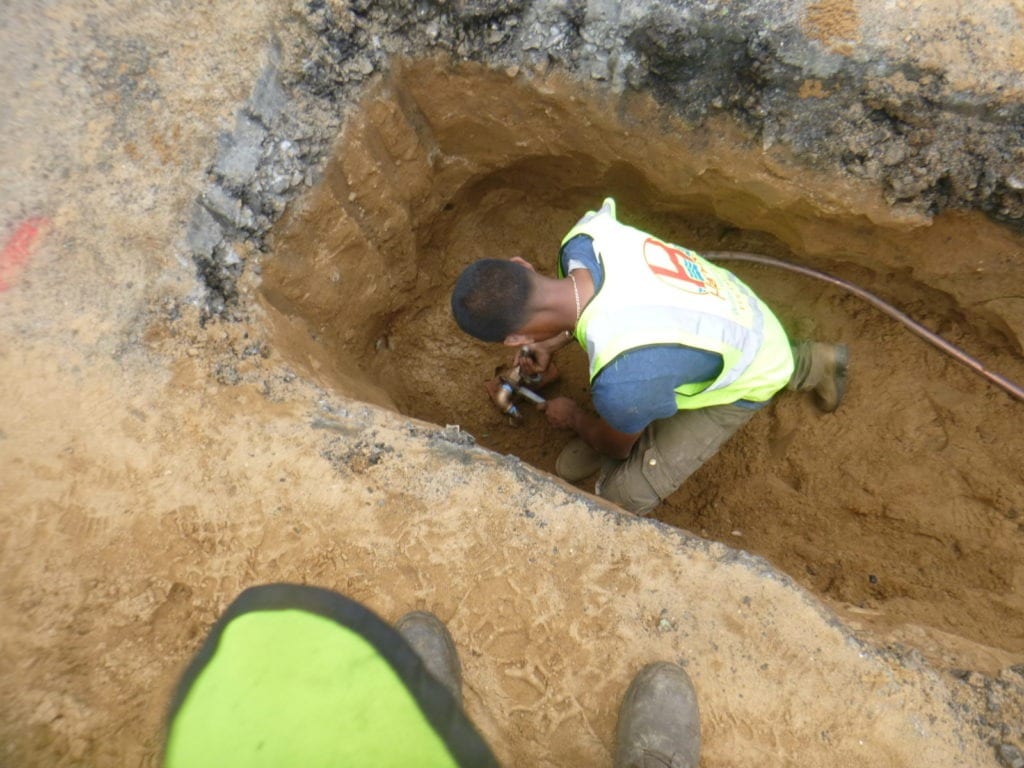 At the end of the day Harris was able to install a new copper water line on an emergency basis while avoiding any additional damage to the roadway or local traffic.