The homeowner of a single family house in Brooklyn had been experiencing issues with their sanitary sewer line. First they started to smell an abnormal odor and didn’t think much of it. Next they started to observe sewage actually backing up in the trap area, they continued to observe toilet paper residue in the pit.

The owner contacted the previous owner who told them “a snake is stuck in the sewer line” and at this point they started to panic. They didn’t understand that a “snake” is a tool used to clear the sewer line and began to call animal control. We further explained that the sewage is getting stuck on the snake as well as the break in the pipe where the snake was stuck.

The only way to remove the sewer snake was to excavate in the street and physically remove the snake. This would alleviate the broken sewer pipe and snake removal at once. 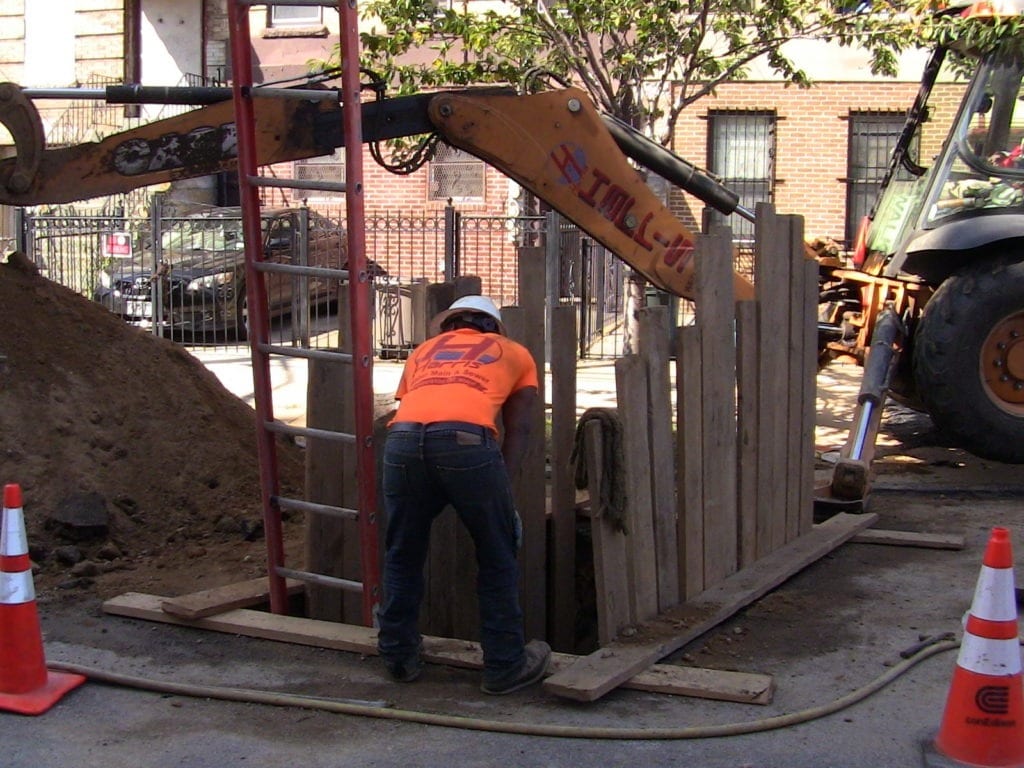 The sewer repair was completed on an emergency basis including emergency permits and a DEP inspection.

After excavating we finally reached the old sewer pipe and were able to remove the sewer snake. 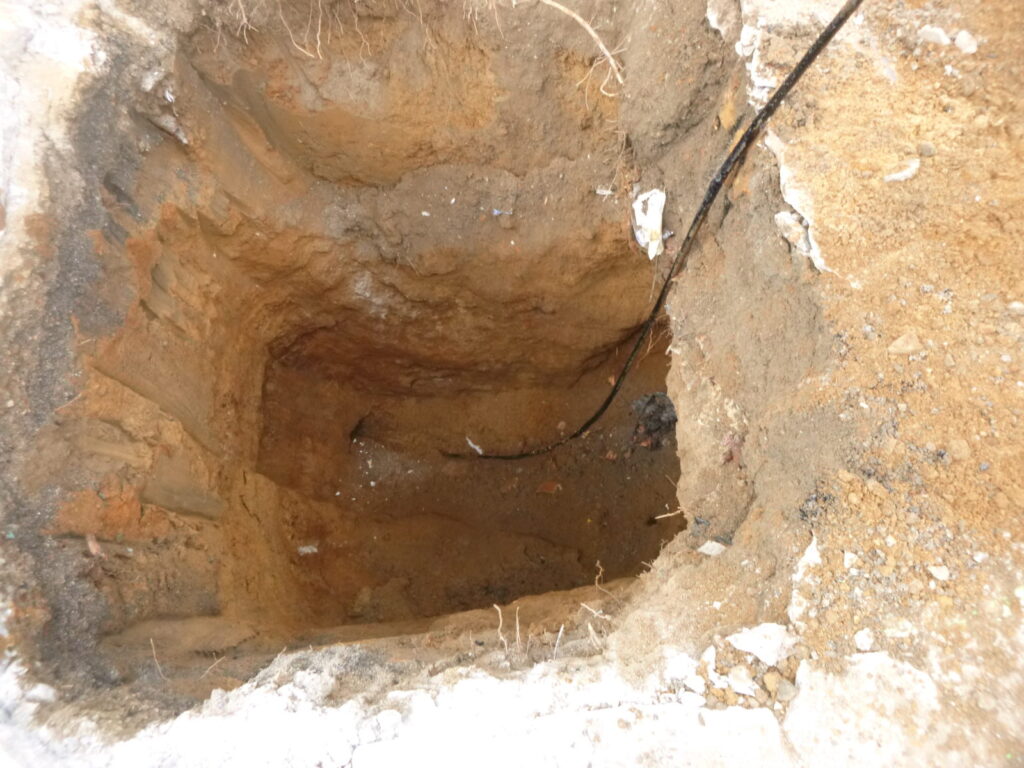 Now the crew began installing the new cast iron sewer line and testing the sewage flow for future use. 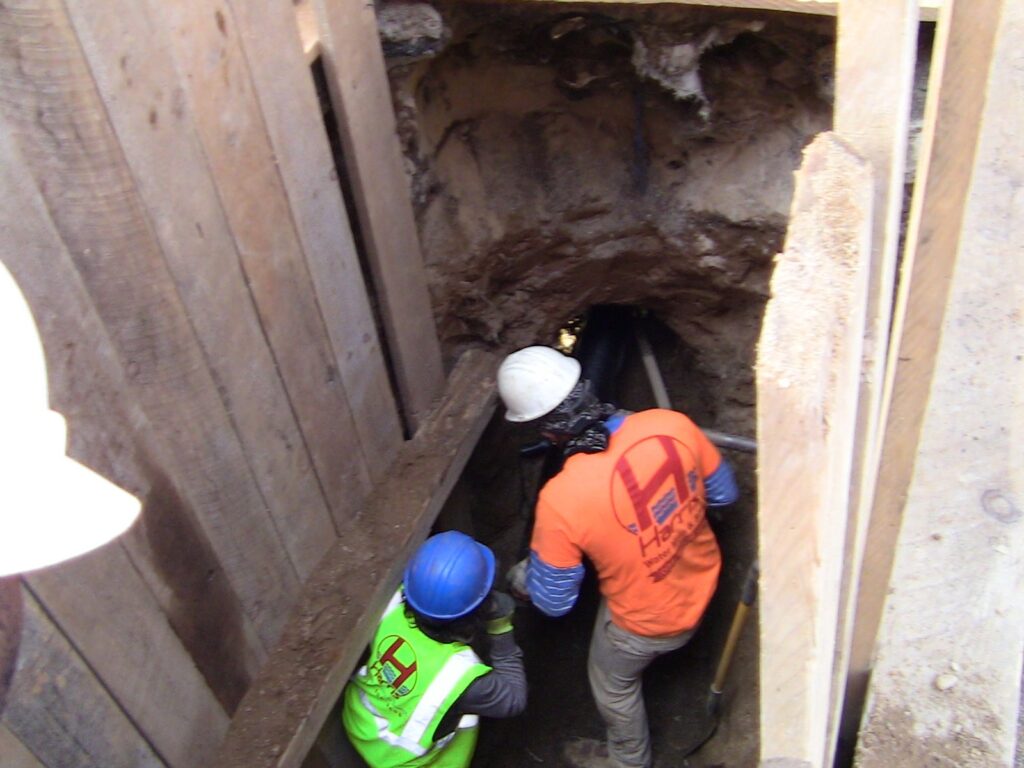 The homeowner was pleased as it took them a few days to understand exactly what was going on and find a trusted company to complete the work for them.