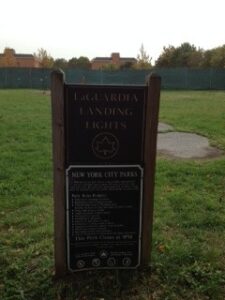 Harris Water Main and sewer Contractors was recently selected to work for the NYC Parks Department on a renovation at a historical park in East Elmhurst Queens.  During the preliminary stages of the renovation, the project engineers determined they did not have a suitable drainage system to work in accordance with the updates that would be made to the park.

On the first day of excavation the onsite sewer installation crew excavated down approximately 8’on the park property until they reached the base of the park manhole and trenched the hole 18’ towards the city sidewalk.  The next step was installing properly sized wood shoring boards as per DEP requirements followed by the coring of a hole at the bottom of the manhole for installation of the 10’ extra heavy cast iron piping. 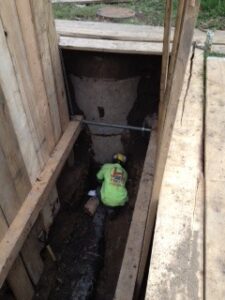 On day 2 the sewer installation crew started to excavate the roadway down approximately 13’ where the new pipe would be installed from the curb line to the city sewer.   Normally the sewer crew would install the new pipe and complete the job on the second day.  The specifications of this job called for special preparation before coring a new hole into the city sewer due to the fact that the city sewer was a clay sewer.  The city sewer had to be reinforced with a layer of cement followed by wire lathing and a second layer of cement before coring of the sewer begun.  The cement was left to dry overnight as plates were pinned to the roadway to allow for traffic to safely flow as it normally would.

On Day 3 a core drilling machine was used to core through the concrete, wire lathing and city sewer in one action before the new 10’ cast iron pipe was connected in the roadway.  The project was successful inspected and signed off on by DEP before the excavations were properly tampered and backfilled. 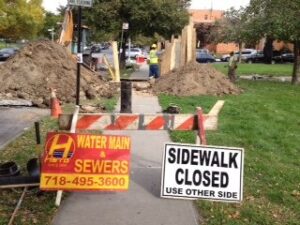 This text is part of Parks’ Historical Signs Project and can be found posted within the park.

This unconventional park was created in 1958 when the Port Authority surrendered nine parcels of land to the City for park purposes. They are situated in lots that follow the flight path to the airport, stretching from 78th Street and 25th Avenue to the Grand Central Parkway. Their placement is mandated by Federal Aviation Administration regulations, which require a swath of clear land in approaches leading up to airport runways. The park’s landing lights are maintained by the Port Authority, and the land itself can only be used for park purposes, according to an agreement between the Port Authority and the City. Fiorello H. La Guardia (1882–1947), for whom La Guardia Airport is named, was born in Greenwich Village, the son of a United States Army bandleader. He received his law degree from New York University, was admitted to the bar in 1910 and became the nation’s first Italian-American Congressman in 1916. La Guardia held various Congressional posts until 1932, and served as president of New York City’s Board of Aldermen from 1920 to 1921.

In 1933, La Guardia was elected mayor on a reform Fusion ticket following the scandals which had forced Mayor James J. Walker (1881–1946) from office, and he was inaugurated on New Year’s Day, 1934. Over the next 12 years La Guardia left a distinctive mark on the City; he unified and modernized the public transit system, consolidated and centralized much of the city government, cracked down on illegal gambling, and began transportation projects that built the City’s bridges, tunnels, parkways, and airports.

Although the two men disagreed about the airport project, La Guardia and Parks Commissioner Robert Moses (1888–1981) embarked on an unprecedented expansion of the New York City parks system throughout the 1930s and early 1940s. Originally known as North Beach Airport, the site for the airport was once an amusement park. In 1929 it became a privately owned landing strip, then in 1935 it was chosen by Mayor La Guardia for its water approach–which facilitated landings and mitigated loss of neighborhoods–for its proximity to Manhattan. On September 9, 1937, Mayor La Guardia broke ground on the site by commandeering a steam shovel for the symbolic start of the massive project, which was funded through a $45 million Federal Works Progress Administration grant. More than half of the 558 acres on which the airport was built was man made, filled in with more than 17 million cubic yards of cinders, ashes and trash.

The new airport, called New York City Municipal Airport, was one of many transportation projects built or begun in the 1930s to modernize the City’s infrastructure. When it opened, the airport accommodated both domestic and transoceanic flights, and was trumpeted as a state-of-the-art facility in an age when air travel was starting to overtake other forms of transportation. “No effort has been spared . . . in making [the airport] worthy of the new world, an airport unsurpassed and even unrivaled in utility, capacity, safety, convenience and beauty,” boasted publicity pamphlets for the project.

In August 1940, the Board of Estimate named the airport for La Guardia, who considered the project one of his greatest achievements. He visited the airport frequently, sometimes stopping in after bad weather shut it down to ensure the facility’s bathrooms were clean. In 1942, three of the runways began sinking into the landfill, and in 1947, with the airport financially insolvent, the Port Authority assumed operation of the facility. Two more parcels were added to the swath of land in 1960. Today, La Guardia is one of the busiest airports in the nation, serving millions of passengers each year.

The History of East Elmhurst, Queens

From Wikipedia, the free encyclopedia 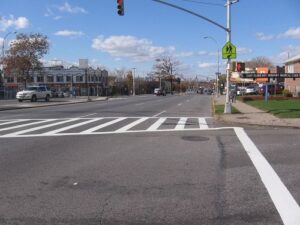 East Elmhurst is a culturally diverse area in the northwest section of the New York City borough of Queens. It is located north of Jackson Heights and Corona and is bounded on the east and north by Flushing Bay. Residents are mostly moderate-income families, but there are also low-income areas. It includes Trainsmeadow, which is its western section. It is patrolled by the New York Police Department’s 115th Precinct. The neighborhood is part of Queens Community Board 3.[1] The zip codes of East Elmhurst are 11369 and 11370. East Elmhurst and its southern neighbor Corona are often referred to jointly as “Corona/East Elmhurst”. During the ‘50’s and ’60’s the area was home to legendary African American musicians, civil rights leaders, professionals and athletes including Malcolm X, Dizzy Gillespie, Nat Adderley, Louis Armstrong, Jimmy Heath, Frankie Lymon, Charlie Shavers, Ella Fitzgerald, and Willie Mays. During the late 60′ and early 70’s numerous New York Mets such as Ed Charles and Tommie Agee called East Elmhurst home. 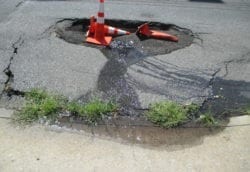 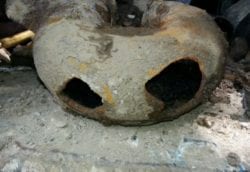 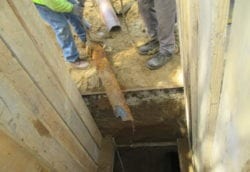 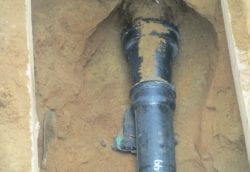