A property owner in NYC had been experiencing a strong sewage smell in their house for a few weeks when they finally decided that they could no longer live this way. The owner started by calling 311 to inspect the city sewer system even though none of the neighbors had been experiencing the same odor.

The DEP arrived at the house 8 hours after the initial call and determined that the city sewer was flowing well and there were no backups however, they did notice a sinkhole forming in the roadway.

The crew reported back to another unit within DEP who now scheduled a camera inspection to be completed the following day.

The camera inspection displayed a hole on the side of the pipe which was directly in line with the sinkhole that was forming above ground. 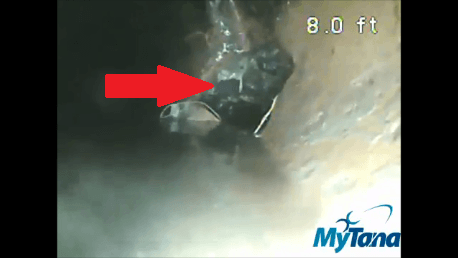 The formal Cease & Desist Violation was issued to the homeowner including the location of the broken pipe. She was advised to speak with her water main and sewer contractors for any additional details.

When we arrived on the scene it was clear that the sewer line was broken in the roadway and at a minimum the pipe had to be repaired in the street.

Per company protocol it is important to assist the homeowner in understanding the pros and cons for repairing a section of their sewer line vs. replacing the entire sewer line at one time. The primary factor to consider is the overall cost if you had to repair your sewer line several times over the next 15 years. The total cost for multiple repairs would be 4x as much when comparing to a full sewer line replacement at one time.

The average life span for a new cast iron sewer line is 60 years which usually turns out to be a wise investment for the average homeowner.

This Queens homeowner opted into replacing the entire sewer line at once, she wasn’t overly concerned with the finances but was concerned about the possibility of dealing with a terrible sewer smell and major excavation outside of her home in the near future.

The entire sewer line replacement was completed over a two day period. The excavation process started at the outside foundation wall of the home. 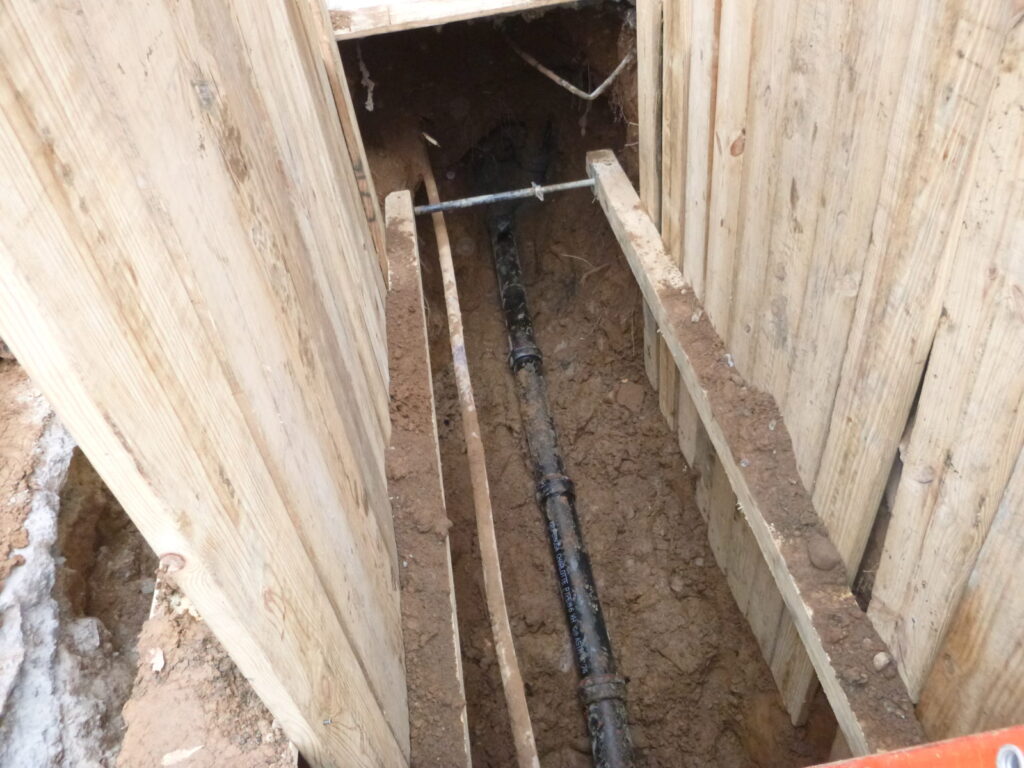 The new sewer pipe was installed up to the curb on day one including all of the required DEP inspections.

The second day included excavating the roadway at a depth of 12’ where the broken pipe was removed and new 6” extra heavy cast iron pipe was installed and inspected. 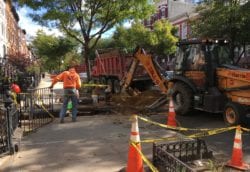 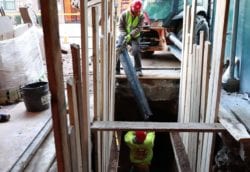 Is a Broken Sewer Line Covered by Insurance?