This four family residence in Brooklyn had been battling with the neighboring house due to alleged rain water entering their basement. After many months, engineers and many professional opinions, it was determined that this four family house did not have proper drainage and the rain water was indeed flooding the neighbor.

The building owner now had to hire an engineer to file plans, get approved by DEP, DOB and hire a water main & sewer contractor to obtain permits. After four months of filing with all of the required agencies, the permits were released and work was ready to begin.

The final approved plans called for a few driveway drains, new detention tanks, property manhole and the required piping per approved plans. The excavation process was completed within two days of work and the installation crew was on schedule for the tanks to be delivered on the third morning of work.

Once the tanks were set in place, the required holes were drilled and the surrounding piping was now installed.

The entire process on the property was completed in a total of four days, at this point all off the required DOB inspections were completed and the crew now began excavating in the roadway for the final connection to the city storm sewer. 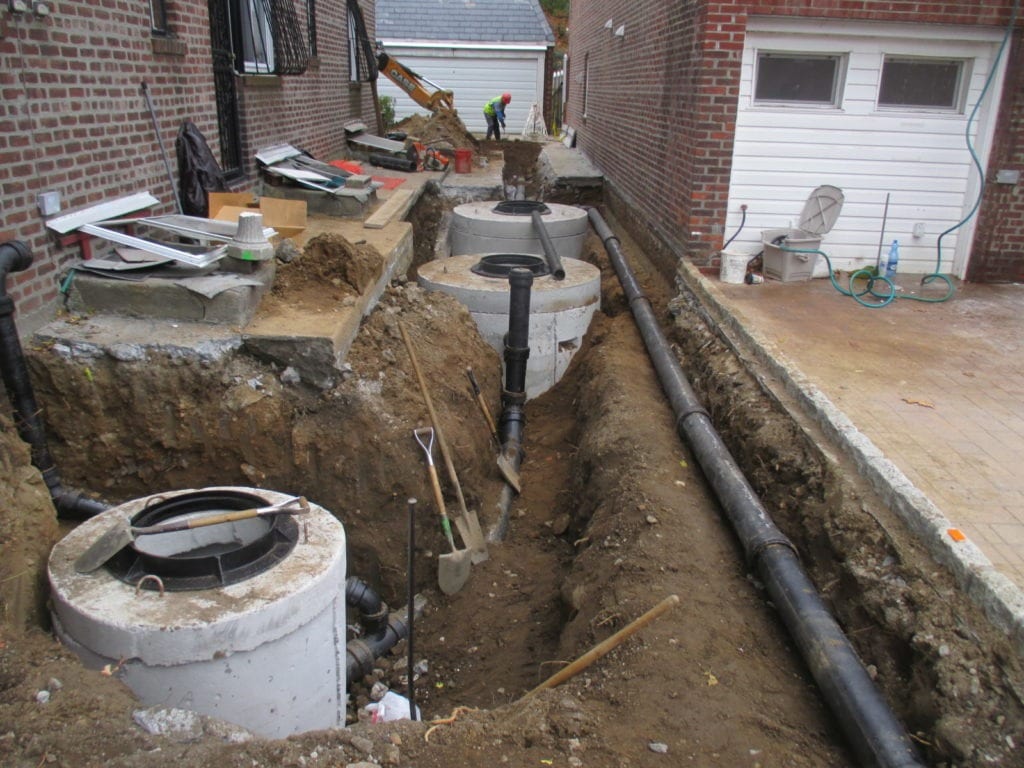 The property had experienced several rain storms since the point of installation and o problems were reported from the neighboring house.

The problem was analyzed, proposed solution was approved and permanent resolution was put in place!