There are many scenarios where you may need to close the OS&Y valve however, the valve does not function. In a recent case we were on an active construction site and the plumber needed to close the OS&Y valve so he could complete the remainder of his internal sprinkler piping. The internal plumber was not experienced with curb valves and did not want to test it himself just in case there was another issue.

We proceeded to remove the curb box cover, insert the curb key properly and begin turning clockwise to close the valve (On average the curb valve requires 7 turns). We then went on to open the secondary OS&Y valve on the inside of the building as well as the main valve, at this time we did not hear any running water. This is a confirmation that the curb valve is holding and there is no running water coming in from the sidewalk valve.

The existing OS&Y valve is now removed in preparation of the new installation. Once the new gasket is on, nuts and bolts are tightened we will then open the curb valve for the final confirmation that the new valve is functioning. 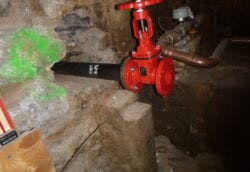 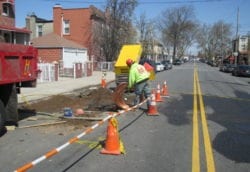 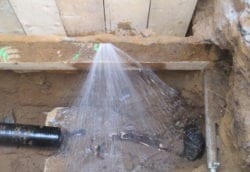 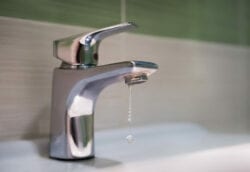